In video games, increasing your Field of View allows you to see more of the virtual world around you. The articles here will springboard off of these virtual worlds to encourage you to increase your F.O.V. in real life. From the biggest news in the industry, to reviews, to articles digging a little deeper to explore the messages within the world's most popular medium.

Game Recommendations While You're Stuck at Home - Part 2

At the time of writing this, we right in the midst of the COVID-19 kerfuffle, and there’s a ton of people who are stuck at home a lot more than usual. Some are working from home. Some can’t work and are just home. Some are kids and teens off from school. Netflix, YouTube, and other streaming services are struggling to keep up with the bandwidth demands, meaning people are desperate for something to do. We here at NEEERD Media are here to help!

In this series of articles, we’re going to take a look at my (Adam’s) personal recommendations of 20 (-ish…I cheated a bit) video games well worth the time in checking out. This is not a list of all time favourites, or what I would consider the all time greatest (yes, I delineate the two). Those will each probably have their own lists somewhere down the line. I made sure to keep in mind games on a variety of platforms, and for a variety of ages.

If you missed part one with the first 5 recommendations, be sure to go back and check that out as well. I'm putting them out 5 at a time, and alphabetically, so it doesn't matter what order you read them in.

I started playing Destiny way back when the Beta for the original game ran. My internet wasn’t quite dial-up, but may as well have been for the connection speeds I would get . The game noted that it requires a 1MB/s upload and 1MB/s download, and my router could just about manage that, on a really good day. I had only recently gotten into playing Halo because I grew up a Playstation kid, my brother was a Nintendo kid, and we had no third sibling, so there was no one left to be the Xbox kid. Between hearing that this was Bungie’s next big project, and then seeing the trailers and gameplay footage and getting some serious Star Wars vibes, I knew that I just had to get it. And I loved it. I loved the gameplay, I loved the design, the characters (portrayed by a ridiculously talented and star-studded cast) and I really, really loved the world and lore. A few years later, Destiny 2 came out and was even bigger and even better, and I was totally distracted with other things at the time. I bought it and played for a little bit, and then just kind of let it fall by the wayside. I had never even completed the main campaign. Then, when Shadowkeep came along, my brother and I decided it was time to get back into Destiny 2. And oh boy…did we ever. I had a couple solid months where Destiny 2 was basically all I played (for reference, I tend to have anywhere from 4-7 games that I’m playing concurrently at any given time…I have a problem…). Then, after I’d finish playing, I’d go onto YouTube and watch literally hours of lore deep dives (shout out to YouTuber My Name is Byf. Great stuff!). A fair bit of the base content is free-to-play now with New Light, so if you’ve never stepped into the world of Destiny, do it. Eyes up Guardian!

These are stressful times. Sometimes, de-stressing means playing a nice, relaxing game like Animal Crossing, Stardew Valley, or Minecraft. Sometimes, it does one some good to unwind by ripping and tearing your way through legions of hellbeasts as a furious blur of bullets, blood, and splattered viscera. To my mind, there is literally no better game for achieving the latter than Doom (2016), and its very recent sequel Doom: Eternal. I was late to the party with Doom (2016), having only just played it for the first time about a month ago, and that mostly because Doom: Eternal just looked too good to miss. Upon playing it, I discovered one of the best, most fast-paced, most technically proficient, and best designed first person shooters ever made. Then, Doom Eternal came out, and literally improved upon every single aspect of its predecessor, in every conceivable way. I may just stake a controversial claim that it is the best single-player FPS ever made. The multiplayer is crazy fun as well, allowing you to continue your rampage as the Doom Slayer, or joining a friend as one of a selection of grotesque monstrosities to play as. Let me be very, very clear, in case I haven’t been already: This is one NOT for the kids. Or teens. Or for those who have a weak stomach. These games are the definition of violent, though generally in a way that’s so over-the-top that I’d liken it to a more blood-filled Tom and Jerry cartoon moreso than, say, a Mel Gibson movie. My brother maintains, however, that it is a good Christian game. I mean, you’re literally hunting down, blasting, and tearing apart demons. That’s in the Bible somewhere right? ...right? All joking aside, if you’re a fan of first person shooters, you do yourself a disservice by skipping out on these fantastic titles.

Prior to playing Fire Emblem: Three Houses last year, virtually all of my exposure and familiarity with the franchise came from Super Smash Bros. I used to light it up as Roy in Melee. Then I was seeing the promo for Three Houses, and my curiosity was peaked. I would talk about how interesting it looked, and how there were a number of things that intrigued me about the game (taking on the role of a teacher, building relationships with your students, developing their skills in battle, etc). But I wasn’t super into the turn-based strategy elements of the game. My back-and-forth only became more pronounced once the game’s rave reviews started coming out. All in all, I decided I was interested, but was going to wait and save my money because I knew there were other things coming up that I wanted to get for sure. But then, my brother bought it and gave it to me as an early birthday present. And I will forever be in his debt (just don’t tell him that). Fire Emblem: Three Houses was my personal game of the year for 2019. I don’t even want to start getting into all of the reasons why that is, because that would make this article way longer than it should be. Just…go play it. It’s an unforgettable experience, and a single playthrough alone takes somewhere in the ball park of 70 hours, and the structure of the story is as such that it encourages at least 3 playthroughs. And now there’s DLC released on top of that, which I have not had the chance to check out yet. I love this game. I love the world. I love the story. I love the characters. I love the combat. I love it. I never thought a game would have me be equally as concerned with winning a battle as I was with making sure I had the perfect tea time!x` If you take no other recommendation on this list…take this one. You won’t regret it. 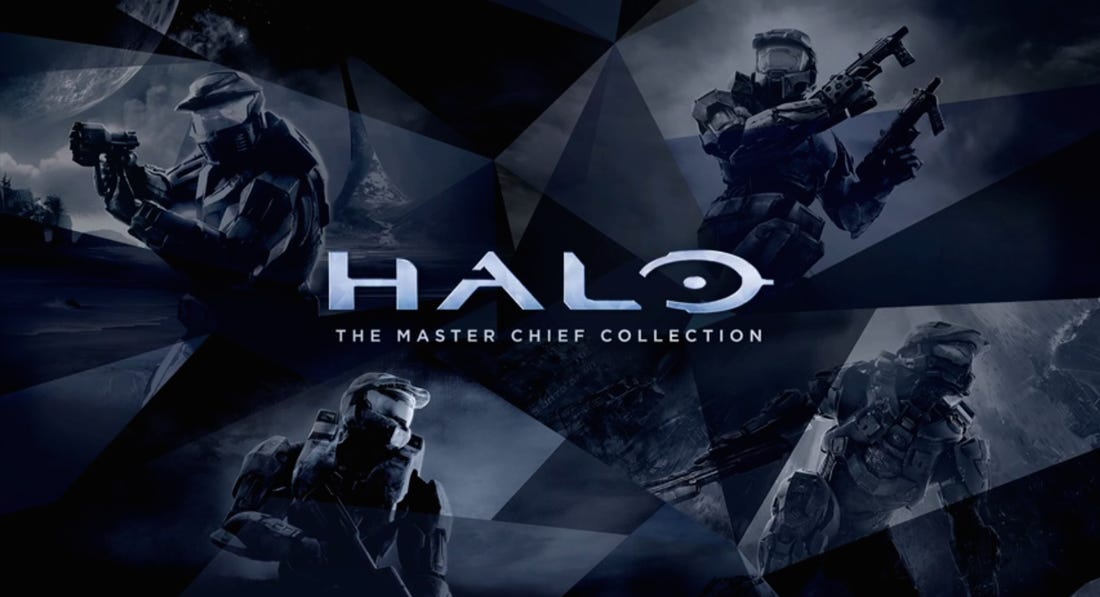 It’s Halo. What more do I need to say? I was tempted to leave this entry at that, but I’ll elaborate a bit. The Master Chief Collection originally was just that, a collection of the Chief’s adventures (i.e. the mainline entries into the franchise), collecting Halo: Combat Evolved, Halo 2, Halo 3, and Halo 4. Since then, they’ve also added Halo 3: ODST and Halo Reach to the mix. Each game received a graphical boost, with Halo 2 getting a complete visual overhaul similar to what Combat Evolved received with its Anniversary Edition. However, if you’re feeling nostalgic, you can swap back and forth between the original and the revamped visuals. The campaigns remain fantastic as ever, remaining some of the best FPS campaigns ever created. The music is iconic. And the multiplayer…oh, that sweet, sweet multiplayer! Revolutionary in its time, Halo’s multiplayer remains some of the most fun you can have in a video game. One thing I have always wanted to address with this franchise is the sheer madness over giving these games an M rating. I’ve never understood it. I won’t go so far as to say the games are kid-friendly, but rating them higher than T has always seemed grossly unnecessary. There’s a lot of shooting, but virtually no blood or gore (well, there’s some colourful alien blood, and the flood can be a bit grotesque, but apart from that there’s really nothing). Language is basically PG levels. And there’s absolutely no sexual content to speak of, shy of the design of Cortana, Master Chief’s A.I. companion, which is no worse than that of Rebecca Romijn’s portrayal of Mystique in the X-men movies (which, as I recall, were all rated PG). Halo in both its campaigns and its multiplayer are timeless classics that are just as fun to play now as they ever were. Maybe even more so. If you’ve never played, or if you played back when the franchise first hit the shelves but haven’t gone back since, it is well worth jumping back in!

The Legend of Zelda: Breath of the Wild

Speaking objectively, The Legend of Zelda: Breath of the Wild is widely considered to be one of the greatest games, if not the greatest game, ever made. It has a 97 out of a possible 100 on Metacritic! Only 5 games are rated higher, and the most recent of those was published in the year 2000, so the reviews are a little…outdated. Speaking subjectively…I agree with this assessment. From its unique and vibrant visual style, to it’s incredible and diverse open world, to it’s fun and experimental gameplay, this game is an absolute masterclass in video game creation. All of this doesn’t even begin to delve into the way it provides a variety of abilities, mechanics, and physics for players to mix, match, and experiment with in diverse and creative ways. Nor does it take into account the daring lack of linear narrative or direction. You can go anywhere and do anything you want, almost straight away. The world is completely open and free to explore however and whenever you want. While we’ve largely moved past the time where every single game felt like it needed to be an open world RPG, there came a time when the genre was almost over-saturated and needed some measure of evolution to push things forward. The trouble was, no one really knew what that evolution could possibly look like. Then Nintendo came along and dropped Breath of the Wild on the unsuspecting masses and reminded everyone why they have been, still are, and likely will continue to be industry leaders in game design, creativity, and innovation. If you have a Nintendo switch and somehow have not added this to your collection…I mean…just why?